Start ICO: Autumn 2018
Follow us! or ask a question to the team

Approved EU
The company is registered and located in Estonia

Creating the future
of vacation rentals

Zangll is a decentralized service for short-term rental of real estate, connecting lessees and lessors directly without any intermediaries.

The project architecture utilizes blockchain technologies and smart-contracts, which guarantee transparency and security of transactions.

A forecast for 2018 year:
The number of P2P rental transactions will grow by 20%

According to the Airbnb report, the number of P2P transactions for short-term rentals will grow to 218.4 m units

Connects lessors and lessees directly ensuring the transparency and integrity of transactions via smart contracts.

No intermediaries
Only a transaction
fee of 0.45%

Secure transaction
The payment is made
via escrow and smart contract.
Full refund if deal fails.

A chain of intermediaries with non-transparent work. Big commission fees for both lessor and lessee.

Service fee
Mandatory commissions from 3 to 12% for owners and customers.

Transaction without guarantee
Payment to the account without a guaranteed refund. If deal fails, commission fee is not refunded.

Colossal service costs
Expenses on company staff, accounts, offices in countries of operation.
More information in WhitePaper → or ask a question to the team 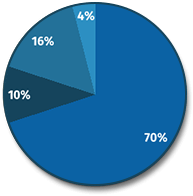 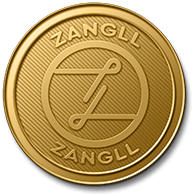 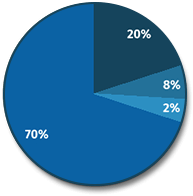 Buyers who have made a pre-order and pre-paid for tokens will get ZNGL tokens in the first hour of the ICO with a bonus.

All team members are professionals in their fields. The company is staffed with all necessary specialists, but we are always open to new talents.

The system will implement a 4-level dispute resolution scheme:

7.
Where is your company registered? Where do you have offices?
Our company is registered and located in Tallin, Estonia. We also have offices in Riga, Latvia and Moscow,Russia.
8.
Who do you have on your team? Where are these people from?
We have team members from all over the world including Russia, Estonia, Latvia, Netherlands, and the United States. You can check out our team on our site.
More information https://www.zangll.io/?utm_source=Hilltop&utm_medium=social_cpc&utm_campaign=UK_Popup_desktop&utm_content=9F61WGAN1U#team
ICO
9.
What platform is going to be used for ICO?
We have created the ZNGL token on the Ethereum platform (ERC-20).
10.
Why do we assume the growth of the ZNGL token?
After the launch of the platform, the demand for the token will be based on two aims:
a) The demand from investors according to the token exchange rate and,
b) The demand of ZANGLL platform clients with the purpose of paying for rentals with tokens.
Due to the number of ZNGL tokens being limited (200 million pcs.) the more the demand - the more the price.
Despite this, some tokens will be reserved by clients on Escrow accounts. This will, undoubtedly, lower the number of tokens in use, and this will also rise the exchange rate of ZNGL token.

ZNGL tokens are issued on the Ethereum platform on the base of ERC20. The team intends to use tokens to provide P2P-interaction within the platform between its participants (owners of real estate and lessees).

ZNGL does not give token holders an ownership right or share in the business of the team, does not give the right to advisory participation in the business processes and activities of the project, management, and does not provide any other direct or indirect rights, except for the opportunity to receive rewards described and stipulated by conditions of this White Paper.

ZNGL tokens do not possess the features of a security, are not securities and cannot be considered as them.

Tokens are not offered to residents or citizens of the US.

The cost of the tokens are not refundable. Potential holders of tokens should make an informed decision to acquire tokens, independently assess and independently bear all the risks associated with this decision. The dates specified in this White Paper are exemplary, there is no guarantee that the project will be put into operation within a certain period of time.

However, the ZANGLL team will make every effort to launch our project as soon as possible.

We wish to become an international player in the real estate rental market, so we will conduct KYC, Anti-Money Laundering if required in accordance with current legislation, and other procedures.

We will carefully inspect the legal aspects of our activities in all markets (in all countries) in which our project will be implemented.

In some cases, performing an operation with tokens within the ICO and further activity of the Project may require from the user to provide data that may be personal. The team guarantees protection of all data received from users by any means in accordance with the Terms of Use.

By participating in the ICO, as well as in the cases prescribed by law, users agree not to hold ZANGLL and the Project Team liable for any losses arising from or in connection with failure of the users to properly store and keep their e-mail addresses, any passwords and keys used in connection with ICO and holding and using ZNGL tokens.

→ The project team does not provide any investment advice or recommendations for making investment decisions. All decisions about their activity at the ICO users make independently, based on information available from public sources.

→ The user takes sole responsibility regarding any decisions he makes that have signs of investment activity. The team, team members, agents or team representatives are not responsible for the actions of the ZNGL token holders.

→ Each potential user or holder of ZNGL tokens is required to determine whether he can legally participate in the ICO, receive and own tokens in the user's jurisdiction. ZNGL and the Project Team under no circumstances will bear the responsibility if the user or the ZNGL token holder fails to fulfil this condition.

→ Participation in the ICO, purchase, receipt and use of tokens may involve a financial risk. Users or holders of ZNGL tokens agree that they participate in the ICO, receive and own tokens at their own risk, and that the tokens are provided "as is" without warranty of any kind, direct or indirect, including but not limited to title guarantees or implied warranties, commercial use or fitness for a particular purpose (except where prohibited under applicable law).

→ ZANGLL is not liable for any claims that the tax authorities of your country of residence may have against you due to the purchase, possession and use of the ZANGLL token. Representations and warranties

→ Using the platform and participating in the ICO, users or holders of ZNGL tokens represent and warrant that they:

a) have legal capacity to participate in ICO, purchase or hold tokens in relevant jurisdiction;

b) are eligible by age to participate in ICO, purchase or hold tokens;

c) do not participate in the ICO with any unlawful purpose;

d) have a notion about the use and the complexities of crypto-currencies, cryptographic tokens and blockchain systems.

→ Using the platform and participating in the ICO, users or holders of ZNGL tokens confirm and concur that:

a) they take sole responsibility for any restrictions and risks associated with participation in ICO, receiving and holding of tokens, whether or not they are mentioned in this White Paper or arise in accordance with any applicable law or otherwise;

b) they waive the right to participate in legal actions of any kind or in arbitration proceedings of any kind against ZANGLL or the Project Team;

c) the expected results reported in the White Paper may not be achieved;

d) tokens may not bring in the expected revenue;

e) participation in the ICO, receiving and holding tokens does not confer any decision authority, including but not limited to the decisions regarding the development, management, exercise of authority, conduction of activities in the ZNGL;

f) they will not hack or disturb the work, disconnect, overload or otherwise interfere with the operation of the platform or the security of the platform, nor will they obtain or attempt to access information or data that they do not have access to or to which access is denied;

g) they will provide any additional information and data on the request of ZNGL;

h) any information or data placed or permitted to be placed or sent to the platform must be non-confidential or non-proprietary, except as otherwise expressly stated, and shall not cause harm, be illegal in accordance with any applicable law, and they are responsible for any such information or data.

→ Using the platform and participating in the ICO, users or holders of ZNGL tokens confirm and concur that:

b) they are not a corporation, partnership or other legal entity established in accordance with the US law;

c) they are not an agency, branch or representative office located in the United States of a corporation, partnership or any other legal entity established in accordance with US law;

d) they are not a trust organization, the manager of which is described in paragraphs (a), (b) or (c) above;

e) they are not a legal entity (i) whose shares are not traded publicly on a stock exchange, and (ii) more than 45% of the shares of which belong or are held in favour of the individual or entity described in (a), (b), (c) or (d) above;

f) they are not an agent acting on behalf of or in the interest of the individual or entity described in paragraphs (a), (b), (c), (d), (e) above.

→ The decision of users or holders of ZNGL tokens on using the platform and participating in ICO:

b) was not made within the territory of the United States;

c) was not communicated to ZANGLL or the Project Team by a source in the United States.

→ Acquisition and holding of ZNGL tokens by users:

a) is carried out at their own expense and to their own account;

b) does not precede and will not be followed by any attempts to create or determine market conditions for ZNGL tokens in the US;

c) is not carried out with the intention of further distribution of ZNGL tokens.

Get the latest
news from Zangll ICO